The past couple of months have gone by in a blur. After finishing a short term contract building inflatable walking robots, I dashed off to the UK for the Edinburgh Fringe Festival. Upon returning I’ve decided I really need to take some time to finish a few projects of my own that I’ve been putting off for a while. 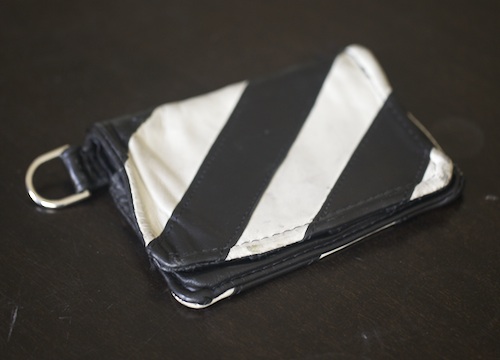 It's the thought that counts.

Most of these projects revolve around two dimensional flat patterns and textiles. To get started I decided to take another stab at replacing my stolen wallet. For the first round, I hand cut out a pattern into a black and white striped motif. The leather I chose was very soft, and for some reason I decided it was going to have folded seams. Unfortunately I wasn’t able to hold the seam tolerance accurately, and between the pattern cutting & assembly, the final result came out a little… lumpy.

Back to the drawing board. For the second round, I built up a 3D model using sheet metal CAD tools. This allowed me to play around with curvature, material thickness, and hold seam allowances with a much higher degree of precision. I cut the pattern out on a laser, using the machine to prepunch the seam holes, further increasing accuracy. The leather I chose was also much stiffer, which helped the wallet maintain its shape.

By incorporating the spine curvature into the outer and inner patterns this wallet lays flat and stays closed a lot better than my first attempt. It’s also holding up better under wear. Unfortunately, the card slot pattern I cut into the wallet didn’t make enough allowances for thickness of the passport and it doesn’t really fit. It was an nice idea, but ultimately it didn’t work. 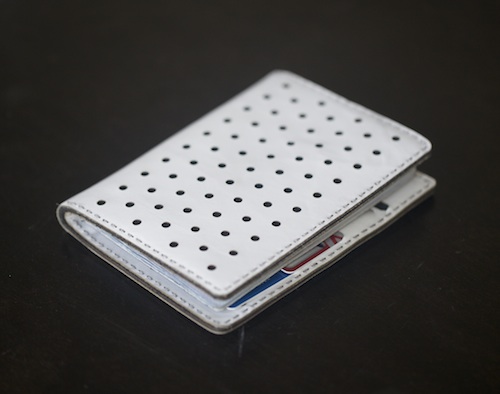 Back to the drawing board again. This time I decided to make something a little smaller. The previous pocket design didn’t work out as well as I would have liked for the second wallet, and so I’m going to see if I can make a pattern somewhere between the two designs.

So what’s this all about?

There’s this thing a friend once told me, “Accelerate the mistake process.” It’s an important concept when one is learning how to accomplish a task or produce a piece of work. In fact, it’s an important goal in any venture one undertakes. Be it jobs, art, or even relationships, the aim is to learn how to tune the size of the mistake you’re willing to make, such that you maximize the amount you learn, and minimize what it costs you to learn it.

When the cost of failure is high, it increases the resistance to trying. Spectacular failures will have a long lasting effect that will carry over into other aspects of ones life. Many of us learn at an early age that failure is bad, and something to be avoided at all cost. This is a great tragedy, and hamstrings a lot people who grow up thinking, “I could never do that.” 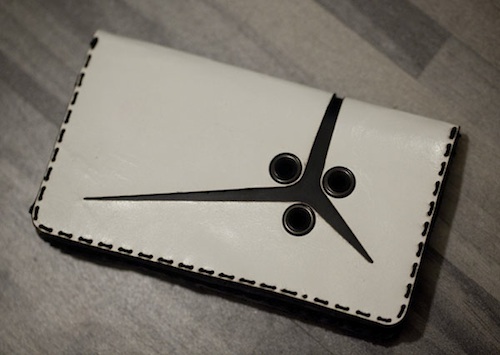 Concentrated, rapid mistake making is very essence of constructive learning. While the accumulated failure might be greater than one large mistake, smaller mistakes are easier to recover from than larger ones. It’s that asymmetry that allows one to approach difficult subjects without fear.

Cost can be measured in a bunch of ways. Financial, emotional, physical, and temporal. Time is the only one of those that is immutable, it waits for no man. Make mistakes quickly. As fast as you can, as often as you can.