My partner has been on a food science kick for a while now. We started with kombucha. Several bottles of the carbonated, tart beverage later we declared the experiment a success. Then we moved onto kim-chi. As a certain roommate of ours so eloquently put it while wrinkling her nose, “that smells like kim-chi”. Another success. 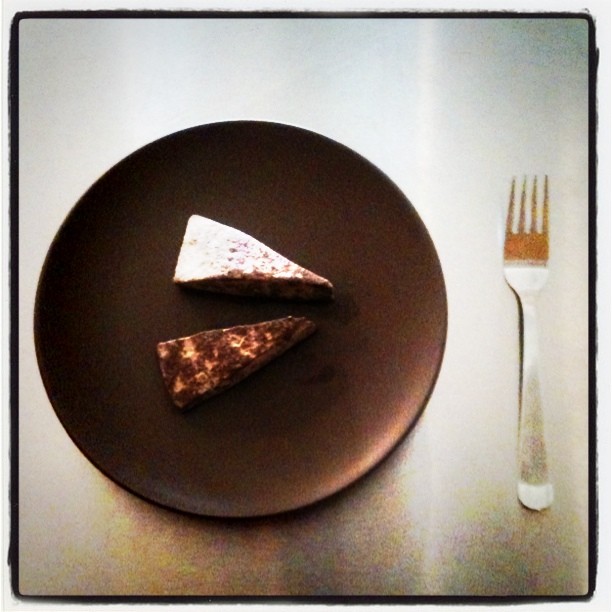 Now we’ve moved on to tofu. This is my favorite experiment so far. The processes is fast, really interesting to watch, and made of science. We didn’t really have the right equipment for the job, but there’s tons of information online, like this great illustrated write up from La Fuji Mama. We made ours in a colander, using epsom salts as the coagulator. Apparently you can use a number of things, including lemon juice.

Our house has a lot of vegans, and as a consequence we have a soy milk maker. If you’ve never heard of these devices, you really should. They turn a few pennies worth of soybeans & time into soy milk. I think someone in the house did the math, and it came out to roughly $0.20/liter. These machines are also excellent at prepping soybeans for making tofu.

There are a couple other awesome things about having a soy milk making machine. One of them is getting creative with the types of soybeans you can use. My favorite is black soybeans. You’ve probably never heard of them, as they rarely get used in making mainstream soy products, but that will probably change in the near future. That’s because black soy milk is awesome. Much tastier than white soy milk, with earthier overtones. It has a light blue/gray color and I find that it generally requires less sweetener. Your milage will vary.

Anyway, let’s get back to tofu.

One of the things that I find interesting about tofu is the wide variety of places you could go with it by altering the ingredients and chemistry during the tofu making process. Here are a few variables:

With so many variables its a wonder that more companies haven’t gotten more creative with their tofu production and marketing. Black tofu, for example, is pretty hard to find at the local supermarket. Hodo Soy in Oakland has been reputed to make it, but that’s the only instance I know of.

A while back my partner and I noticed something unusual about home made soymilk. When we added it to our morning coffee, these clumpy particulates show up. This was something we’d never noticed with store bought soymilk. I thought it was kind of interesting looking, but didn’t think much of it. Later, while making our tofu, she noticed that the coagulating soybean proteins looked the same as the ones we found condensing in our coffee. Commercial soymilk contains an anti-coagulator which keeps the proteins from clumping together. Commercial soymilk contains a lot of things that aren’t soymilk in there, but that’s another story. This little discovery gave me an idea…

…I bet you could use coffee as a coagulate. Would our tofu be caffeinated? How would it taste? Time for some more science.