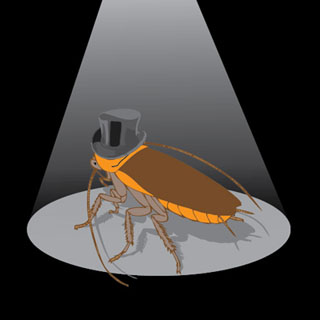 And it’s true, many of us do. We’re a wasteful nation, with enormous resources that we’ve been squandering for decades, but that’s not the whole story. That wastefulness and greed is not evenly distributed. It gets more concentrated near the top, much more. Up around the top 1% of the population it gets to be an extremely dangerous state of affairs.

The public is starting to realize that the fate of the economy is not up to them. This article, The Great Bubble Machine, from Rolling Stone, picks on one of the more prominent rouges in the gallery and goes through eight examples of how they gamed the system to pull more and more and more from the chumps that are the American people.

That company is Goldman Sachs, which in 2008 paid $10 billion in bonuses for $2 billion in profits. How much did they pay in taxes to help pay for keeping the nation that gave them this massive economic opportunity running? $14 million. That’s about 1%. If you made the median household income for the US and paid the same effective tax rate as Goldman Sachs, you would pay only $311.11.

That’s only the tip of the iceberg though. The article outlines a corporate corruption rap sheet so audacious, so bold, that one can only assume that hallways of Goldman Sachs must be fifteen feet wide so as to accommodate its directors maneuvering around each other’s 800Lb solid gold testicles. Gold man-sacks, if you will.

The problem is a simple one: our corporate tax law structure is set up to reward avoiding taxes at all cost. I have a modest proposal, let’s call it the 1% Law. It will state:

The 1% is small number. It’s meant to be punitive. On $10 billion in hypothetical taxable income, it’s still a hell of a christmas bonus by the standards of around 300 million people. This would shift internal motivation away from avoiding taxes, to finding ways to expand taxable revenue, driving the economy forward. We should require corporate bonuses to be capped by taxable income. We should do a lot of other things too. Like throwing these crooks in jail, and seizing their assets, and forbidding them from ever working together again… but you have to start somewhere.

If some way isn’t found to change the motivational structure of the ruling 1%, they’ll be faced with the same fate every aristocrat who reached too far before them has befallen, and it won’t be pretty.

It’s time for the 1% to tighten its belt, and make tough choices. It will be hard, not having a different ferrari for each of your 7 yachts, but together, we’ll make it through.